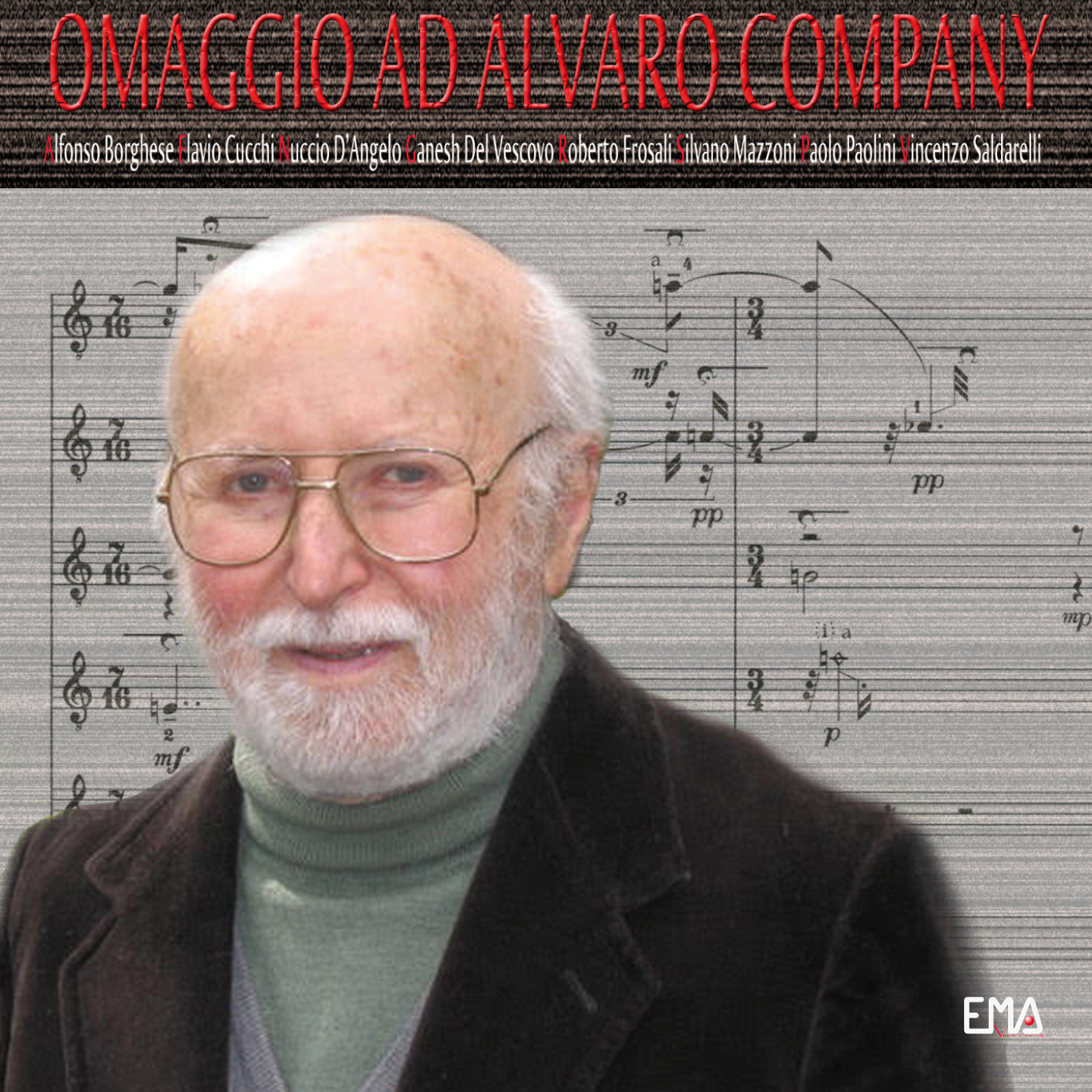 Alvaro Company Alvaro Company (Florence, Italy, 1931) studied composition at the “Cherubini” conservatory of Florence under P. Cicionesi, L. Dallapiccola, P. Fragapane, V. Frazzi and C. Prosperi, obtaining diplomas in Choral Music and Composition (1955/56).  He studied guitar under Andrés Segovia at the Accademia Chigiana of Siena from 1950 to 1954; he established the classical guitar course at the Florence Conservatory in 1960, where he continued to teach until the end of 1997; he established the same course at the “O. Vecchi” Musical Lyceum of Modena in 1965; in 1961 at the invitation of the director he taught the same course at the “C. Monteverdi” Conservatory of Bolzano and in 1967, again at the invitation of the director, he taught at the “S. Cecilia” Conservatory of Rome.  In 1957 he undertook a brilliant concert career as a soloist and also in duo with violinist Sergio Dei and guitarist Paolo Paolini. He performed with internationally renowned soloists and chamber groups such as violist Dino Asciolla, flutist Severino Gazzelloni, oboist Lothar Faber, timpanist Leonida Torrebruno, the Berlin Philharmonic Soloists, La Scala Soloists, the Solisti Veneti, as well as with orchestras conducted by Piero Bellugi, Luciano Berio, Hans Werner Henze, Bruno Maderna, and Gabor Ötvos. He continued to perform until 1970, when a nerve injury in his right arm forced him to interrupt his career, with the exception of five concerts at “Teatro alla Scala” theatre of Milan in January 1973, at the invitation of conductor Bruno Maderna. Following a long period of medical treatment and psycho-physical therapies, he returned to performing at the Accademia Chigiana of Siena in 1987.  Since 1968 he has held numerous master classes at Italian and foreign universities.  Extensive research and long experience as a guitarist, teacher and composer (as well as editing works for contemporary guitar and works from the historical repertoire for guitar and lute) have enabled Company to enrich his technique and develop a personal approach to teaching the instrument. Furthermore, he has created a performance method aimed at musicians in general, which he has named “Musical Biodynamics”: this interpretative technique, based on the psycho-physical relationship between tempo, pulse, breathing and gesture, increases awareness of the body and its natural emotional energies and attunes contact with the instrument in a more intimate and complete participation in the musical performance; it also facilitates spontaneous integration with the different situations occurring in theatres and concert halls, promoting a sensitive and harmonious relationship with the audience. As a composer, Company’s sound world, springing from atonal roots as in “Fantasia” op.1 for piano (1948), adopted the twelve-tone technique beginning with his op.3 (“Preludio e Sarabanda” for violin and piano, 1953), and continued in that vein until “Las Seis Cuerdas”, op. 8 for guitar (1963) – a work which symbolizes the meeting point between his compositional and performing interests, opening up new paths in modern guitar technique.  In 1960, he began to compose a series of works for didactic purposes, an area that he continues to investigate, in which the technical problems tackled essentially represent the connective tissue into which another kind of research is inserted, aimed at exploring the interpretational dimension from the view point of structure, style and expressiveness. The need to confront students/players with a variety of musical characteristics and moods inspired him to write these works and dedicate almost all of them to intensely personal “images” of composers he admires.  After 1963, Company only composed didactic works for the following eleven years, resuming his main production of concert pieces in 1974. From that moment on, his style underwent a gradual transformation, becoming more evident after the 1980’s. If on the one hand long personal and didactic practice of his “Musical Biodynamics” had influenced the manner in which he perceived and performed music (now experienced as a “flowering” of the human body, in which gestures, rhythms and heartbeats, together with breathing, are integrated in a rich and constantly changing synthesis, generated by emotion and evolving feelings), this inner dimension had its effect on the way he writes music: thus his atonal and twelve-tone roots were fused, as in a crucible, with his images/archetypes of many composers. In his more recent and idiomatically freer compositions, modality, melisma, tonality, atonality and serialism reappear in a language, in which these vestiges, transfigured in a dreamlike manner, surface as though from an undersea world.  Alvaro Company is a member of the “Accademia nazionale Cherubini”. In 1991 a jury headed by Goffredo Petrassi and formed by Claudio Abbado, Gianandrea Gavazzeni, Carlo Maria Giulini, Riccardo Muti and Maurizio Pollini, as well as by the most important Italian music critics, awarded him the “Massimo Mila” prize “for his exemplary lifelong didactic commitment”. In 1996 at the First National Guitar Convention in Pesaro, he was awarded the “Didactic prize for guitar” and in 1999 at the Fourth National Guitar Convention in Alessandria, he was awarded the “Golden Guitar” prize for composition. In 2010 he received the “Golden Guitar” prize for “A life dedicated to the guitar”. (Translated by Milan Vetter)