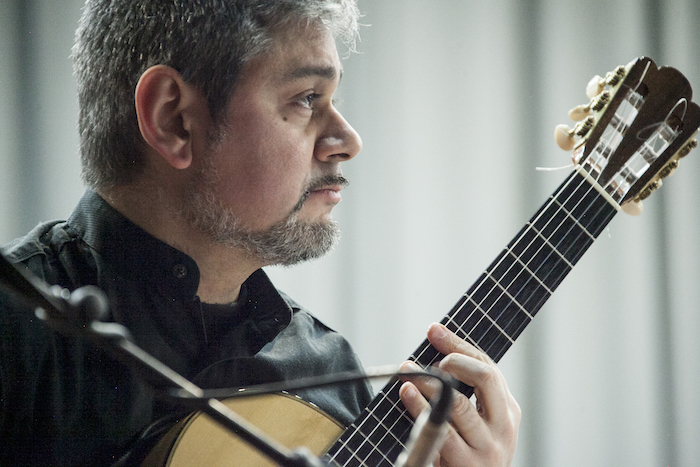 Award-winning guitarist in several national and international competitions, in- cluding the prestigious “Concours International d’Exécution Musicale (CIEM)” in Geneva (1995), Luigi Attademo was a pupil of guitarist-composer Angelo Gi- lardino. He graduated in Philosophy with a dissertation on musical interpretation, and henceforth published a book onthis subject as well as having contributed to several magazines. He has worked in the Andrés Segovia’s Foundation Archive (Linares-Spain), to catalogue its manuscripts, and discovered there some unknown works written by noteworthy composers, such as Jaume Pahissa, Alexandre Tans- man, Gaspar Cassadò amongst others. He has recorded several premières of this repertoire, as well as many CDs – all published by Brilliant Classics – to mention just a few, Scarlatti’s Sonatas (2009), the Complete Bach music for lute (2011), and the complete music for guitar by Niccolò Paganini (2013). In 2014 the Italian magazine Amadeus dedicated him an issue, when he released a new recording on Fernando Sor’smasterpieces. His latest recording (2016) explores XIXth cen- tury music played on six different historical instruments. He recently played in chamber music projects with Simone Gramaglia (violist), Quartetto di Cremona, Cuarteto Casals, andhas performed contemporary music, such as El Cimarron by H.W. Henze and the Concerto for guitar and Orchestra by Alessandro Solbiati. For the past year, he has played several guitars by Torres and was the curator of the exhibition “Torres, the Stradivari of the modern guitar” at the Violin Museum in Cremona, releasing a new CD of Spanish repertoire.