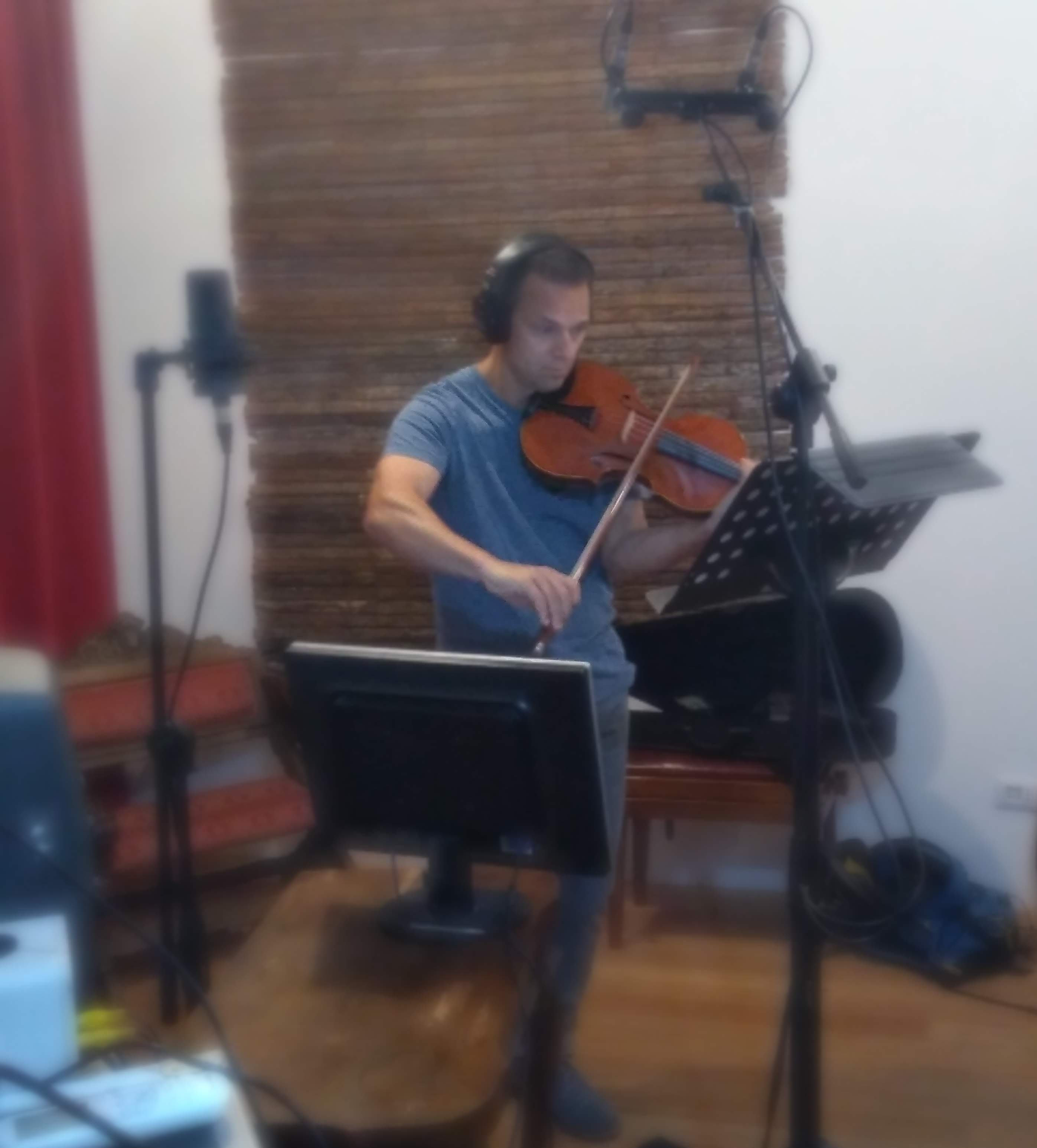 Violinist Charles Wetherbee has performed throughout the world, including Europe, Asia, the Middle East, Canada, Mexico, and the United States. He has appeared at the Aspen Music Festival, the Garth Newell Center, the Hidden Valley Festival (CA), the Roycroft Chamber Festival (NY), the Nouvelle Academie International d’Été (Nice, France), the Olympic Music Festival (WA), the MidAmerica Music Festival (OH), and Strings in the Mountains (CO). A native of Buffalo, New York, Charles gave his first performances at age six. He made his debut with the Buffalo Philharmonic Orchestra under Symon Bychkov, and since then has performed with the National Symphony under Mstislav Rostropovitch, as well as the Japan Philharmonic, the Concerto Soloists of Philadelphia, the Philharmonic Orchestra of Bogota (Columbia), the National Repertory Orchestra, the Orquesta Sinfónica Nacional de Mexico, the Symphony Orchestra of the Curtis Institute, the Buffalo Philharmonic, and the Virginia Symphony, among others. In 1988 he toured Asia, including performances in Seoul, Korea, as part of the Olympic Arts Festival. In the same year he also made his New York debut at Carnegie Hall to critical acclaim as a participant in the American Music Competition. In 1990, he traveled to the Persian Gulf to perform for the men and women of the armed services. The Washington Post called Wetherbee “a consummate artist… with flawless technique”. The Virginia Pilot said that he “… gave a performance of great conviction and emotion”. The Columbus Dispatch wrote “… a first rate showman… his double-stops, harmonics, and beautiful sound kept the audience spellbound”.

Charles is an artist dedicated to the music of today, as well as to the great literature of the past. In May of 2007, he was invited to St. Petersburg, Russia, to give the Russian premiere of Grammy Award winning composer John Corigliano’s Violin Concerto, and was subsequently invited back to perform the Beethoven concerto in the famous Shostakovich Philharmonic Hall. Charles has been heard nationwide on the NPR program “Performance Today”, featuring his performance of the Red Violin by Mr. Corigliano with Joanne Falletta and the Buffalo Philharmonic Orchestra. In 2002, he gave the Latin American premier of the Red Violin, and was immediately re-engaged to return in 2003, for performances of the Szymanowski Violin Concerto. In November 2005, Charles gave the world premiere of the Violin Concerto by composer Jonathan Leshnoff with the Columbus Symphony, and then performed the concerto in Baltimore, MD with the Baltimore Chamber Orchestra. The Baltimore Sun wrote “This was very classy fiddle playing, with a golden, penetrating tone, sterling technique and strongly communicative phrasing.” Mr. Wetherbee has also performed the Leshnoff concerto in Mexico City, Mexico, with the Orquesta Sinfónica Nacional de Mexico; in Kyoto, Japan, with the Kyoto Symphony Orchestra; and in Breckenridge, Colorado, with the National Repertory Orchestra. Other world premieres include the Leshnoff Double Concerto for Violin and Viola with Michael Stern and the IRIS Chamber Orchestra, followed by performances in Duluth (MN), St. Petersburg (Russia), Orquesta de Extremadura (Spain), Buffalo (NY), and Boca Raton (FL). Charles will perform the world premiere of the violin concerto by Korine Fujiwara in the National Gallery, Washington, DC, as part of the 100th Anniversary of the Cherry Blossom Festival.

A devoted chamber musician, Charles is the first violinist of the Carpe Diem String Quartet, with whom he tours and performs regularly. With Carpe Diem he is featured on many different CDs, and also has recorded with Carpe Diem and guitarist Willy Porter as a member of the mealies. He was a founding member of Opus 3 piano trio, and with Opus 3 performed in the French, German, Austrian, and Dutch embassies, as well as the Terrace Theater of the Kennedy Center, the National Gallery, the Corcoran Gallery, Strathmore Hall, and throughout the eastern United States. He is also the Artistic Director of the Dercum Center for Arts and Humanities, Keystone, Colorado.

Charles is newly appointed to the violin faculty of the College of Music, University of Colorado at Boulder. He is a graduate of the Curtis Institute of Music, where he studied with Aaron Rosand. Other mentors include Sylvia Rosenberg, Karen Tuttle, and Felix Galimir. Early studies were with Katherine Hafner, Bernard Mandelkern and Tom Halpin.  As a recording artist, he is represented on Naxos, Seize the Music Records, Weasel Records, Vienna Modern Classics, as well as the Cascade labels, and was also featured on a recording with the Columbus Symphony Orchestra playing Massenet’s Meditation from Thaïs. Mr. Wetherbee has been the recipient of numerous honors, including the Ashworth Artist and the George Hardesty awards. Charles performs on a violin made by Kurt Widenhouse, and bows by Charles Espy and Benoit Rolland.