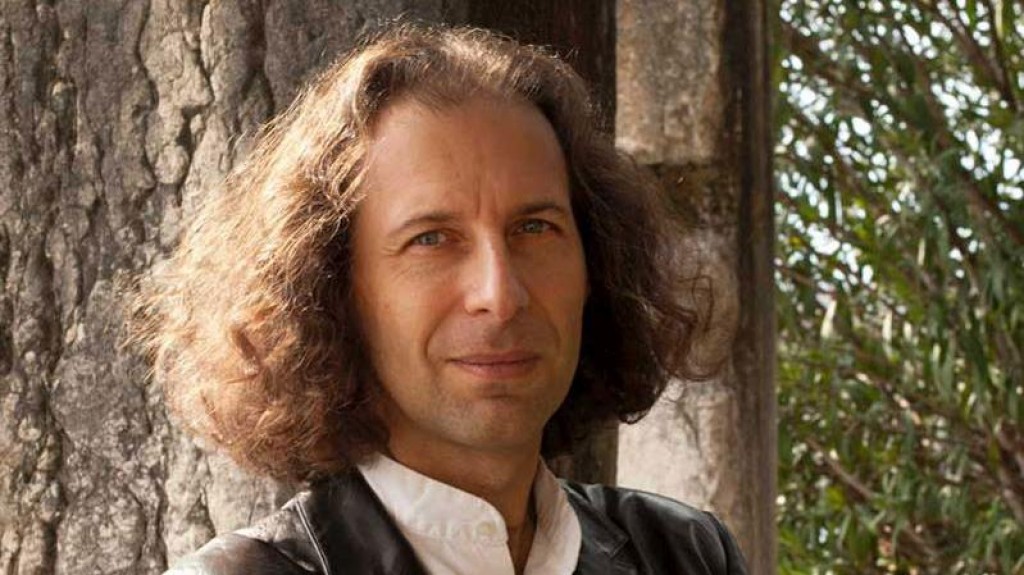 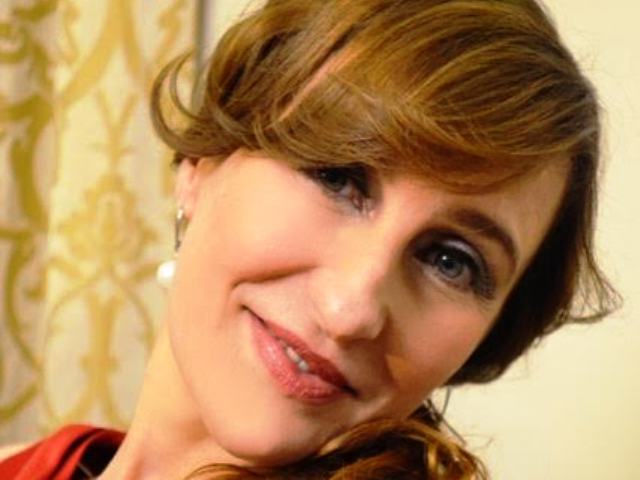 Alda Caiello has often sung Luciano Berio’s Folk Songs: in Milano conducted by Berio himself, in Rotterdam conducted by Valerij Gergiev, and at Vienna’s Musikverein with the Kontrapunkte Ensemble conducted by Peter Keuschnig. Moreover, she played the main role in Berio’s Passaggio at Teatro Carlo Felice in Genova, directed by Daniele Abbado. The Niewe Ensemble invited her to sing compositions by Berio in Utrecht and Maastricht. With Rome Opera she sang Berio Folk Songs and Weill song on the 10th anniversary of the composer death.

She took part in the Festival of Amsterdam and Utrecht with the Atlas Ensemble and, with the Contemporartensemble conducted by Mauro Ceccanti, she sang Dallapiccola’s Commiato.

In Roma, for the Accademia di Santa Cecilia, Alda Caiello took part in the Progetto Pollini with the Arnold Schoenberg Chor conducted by Erwin Ortner singing Trame d’ombre by Giacomo Manzoni. At Bolzano’s Teatro Comunale, she sang in the world première of the opera Axel Brüchke Langer. A Composed Portrait by Giovanni Verrando. Moreover, she interpreted Maderna’s Satyricon for Mittelfest at Cividale del Friuli. In Rovigo, she was “La cantante vagneriana” in the opera Anton by Emilio Scogna, conducted by the author.

She recorded musics by Fabio Vacchi for the sound track of Ermanno Olmi’s film Cantando dietro i paraventi. For Settembre Musica, with the Orchestra Nazionale della RAI, she sang Improvisation I and Improvisation II by Boulez (conductor Marcello Panni) and works by Castiglioni and Bosco (conductor Arturo Tamayo). In September 2006 she sang Cantus planus by Castiglioni at Milano Musica and Le Marteau sans maître by Boulez at Bologna Festival. She was invited at Festival Scelsi in Roma to perform Khoom.

At the Holland Festival Alda Caiello interpreted Gesualdo, considered as a murderer by Luca Francesconi, with the Hilliard Ensemble, directed by Giorgio Barberio Corsetti, perforemd in Milano as welll for the Festival MI.TO 2008 In 2005, in Milano, she sang in the Italian première of America by Thomas Adés. She was invited for concerts in Strasbourg and Dresden by the Dresdner Musikfestspiele, with a program including compositions by Kurtag, Francesconi and Solbiati. Teatro Carlo Felice in Genova invited her, for the Concerto celebrativo, to sing transcriptions of Beatles songs, conducted by Christopher Franklin.

At Muenchen Biennale 2006, she interpreted the world première of Edoardo Cattaneo’s La Philosophie dans le Labyrinth, with texts by E. Sanguineti, which was later performed also at Wien Modern Festival in 2007.

At Paris’ Festival d’Automne she played the main role in Perseo e Andromeda by Sciarrino, in Barcelona she sang compositions by Ivan Fedele, in London she was invited at the Wigmore Hall for a recital devoted to Dallapiccola, Malipiero, Wolf Ferrari and Pizzetti. In Firenze, with the Orchestra della Toscana, she sang Lucrezio: oratorio materialistico by Luca Lombardi. With the duo Canino-Ballista, she was invited at the celebrations for Dallapiccola in Turin, Florence and Lisbon.

She sang at the European première of Twice through hearth by M.A. Turnage, with the Ensemble Kontrapunkte, at the Musikverein in Wien, where she has recently returned to interpret Mahler’s Fourth Symphony (chamber version), with Emilio Pomarico and the Klangforum. At Maggio Musicale Fiorentino 2007 she sang in a monographic concert devoted to Ivan Fedele. The Accademia Nazionale di Santa Cecilia, for its chamber season, invited Alda Caiello to sing pieces by Clementi, Petrassi and Dallapiccola.

At the Teatro La Fenice in Venice she took part in the creation of Signor Goldoni by Luca Mosca, direction of David Livermoore and by the same author she was interpreter in Freud, Freud, I love you, with the Lieder by Alma Mahler. She then interpreted Italia del Destino, by Luca Mosca in Florence, Maggio Musicale Fiorentino.

Invited at the Biennale she sung the world premiere of Manzoni’s La Legge in the presence of the author. Wiener Musikverein inviter her for Wien Modern for two different concerts: the first performance of Kosmoi by Pierluigi Billone with the Radio Symphonie Orchester Wien conducted by Stephen Ausbury and the first Austrian performance of Recital for Cathy by Luciano Berio with the Ensemble Kontrapunkte. In February 2008 for the Stagione Universitaria dei Concerti she presented a concert in Rome dedicated to Dallapiccola and Carter, and at the Mozart Festival of A Coruña she presented a series of concerts devoted to Shostakovich and Mosca and at the Festival Florilegio di Salamanca she sang Berio’s Folksongs.

Alda Caiello performed the cycle Harawi by Olivier Messiaen, during the centenary of the birth of the composer, at the Spoleto Festival, and she then inaugurated the Alicante Festival interpreting De Pablo’s music. She sang the italian premiere of Francesconi’s Gesualdo as a murderer for Festival MiTo in Milan. For the same festival she presentetd a concert with Shostakovich and Mosca, at Teatro Piccolo Regio in Turin.

In 2009 she sang Freud, Freud, I love you by Luca Mosca at Rome Teatro Olimpico and created Il carro e i canti by Solbiati at Teatro Verdi di Trieste. For the 2009-10 season of Orchestra Nazionale della Rai she sang the italian premiere of Trakl-lieder by Boesmans; she also created Adriano Guarnieri’s Tenebrae at Ravenna Festival; she sang several concerts at Wiener Musikverein, Cité de la Musique in Paris, Opera de Lille with Schoenberg’s Pierrot Lunaire with Prazak Quartet.

She created the new operatic work by Alessandro Solbiati Leggenda in Turin, under the baton of Gianandrea Noseda.

In Verona she sang Schittke and Maderna in 2012 and then a recital in Tel Aviv with Andrè Gallo; with Hamburger Simphoniker she sang Falla, Strawinsky Berio’s Recital for Cathy.

In 2015 she was once again in Wiener Musikverein for Eine Florentisiche Tragoedie by Zemlinsky and lieder Webern, Berg, Schoenberg, while ORT Orchestra in Florence invited her for a new creation of composer Marcello Panni. She sang with Quartetto Prazak in Konstanz , and then a new creation by Alessandro Solbiati, Il suono giallo, at Teatro Comunale di Bologna, Marco Angius conductor.

In 2016 she created Dialoghi della lontananza by Portera in Florence with Sentieri Selvaggi together with the Italian premiere of Gubaidulina’s Galgenlieder. She also created Lo specchio magico, a new opera by Fabio Vacchi a Florence Maggio Fiorentino. She sang concerts in Milano, l’Aquila, a special concert dedicated to Cathy Berberian at Basel’s Sacher Stiftung .

Stresa Festival invited her for Oltre la porta, a new opera by Carlo Boccadoro conducted by the composer. She sang Passion selon Sade by Bussotti in Rome Parco della Musica, in the presence of the composer. In 2017 she sang in Teatro Verdi di Trieste and was invited by Wiener Musikverein for a concert with Berg Sieben frühe Lieder by Berg and Poulenc’s La dame de Montecarlo.

In Parma she will sing Nono’s Prometeo with Teatro Regio Orchestra and Marco Angius. 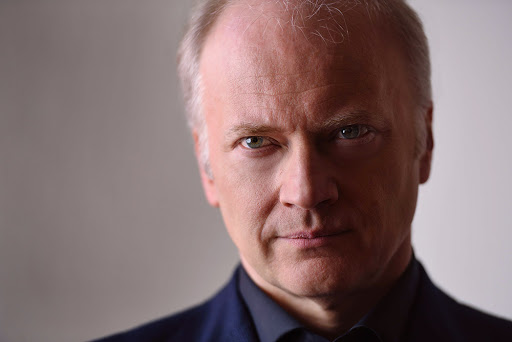 Gianandrea Noseda is one of the world’s most sought-after conductors, equally recognized for his artistry in both the concert hall and opera house. He was named the National Symphony Orchestra’s seventh music director in January 2016 and began his four-year term with the 2017–2018 season. In September 2018, at the start of his second season with the NSO, his contract was extended for four more years, through the 2024–2025 season. He leads 12 weeks of subscription concerts with the Orchestra this season, as well as their first appearance together at Carnegie Hall in New York in May 2019.

In addition to his position with the NSO, Noseda also serves as Principal Guest Conductor of the London Symphony Orchestra and Israel Philharmonic Orchestra, Principal Conductor of the Orquestra de Cadaqués, and Artistic Director of the Stresa Festival in Italy. In July 2018, the Zurich Opera House appointed him the next General Music Director beginning in the 2021–2022 season where the centerpiece of his tenure will be a new Ring Cycle directed by Andreas Homoki, the opera house’s artistic director.

Nurturing the next generation of artists is important to Noseda, as evidenced by his ongoing work in masterclasses and tours with youth orchestras, including the European Union Youth Orchestra, and with his recent appointment as music director of the newly-created Tsinandali Festival and Pan-Caucasian Youth Orchestra in the village of Tsinandali, Georgia, which begins in 2019.